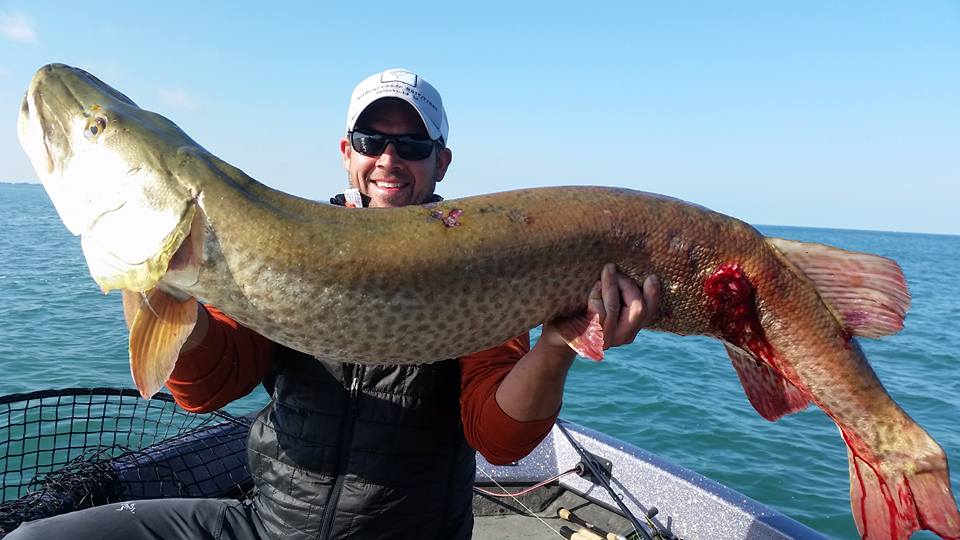 Cave Run Lake is located 50 miles east of Lexington Kentucky and was formed by the damming of the Licking River, a natural muskie habitat. The lakes catch rate ranks as one of the best in the country, and this 8300-acre trophy musky lake has no closed fishing season. Nestled in eastern Kentucky’s mountainous area, this is one of the few bodies of water in the U.S. that has an undeveloped shoreline. Totally surrounded by pines and rock this lake has the appeal of a Canadian shield lake without the drive. Cave Run has one of the nations leading stocking programs and has the perfect environment for muskies to grow. These ingredients have jolted Cave Run Lake into the list of top ten muskie lakes by In-Fisherman and Field & Stream magazines. Don’t miss and opportunity to fish with Mike and to kick your season off early with a Spring trip to beautiful Cave Run Lake!!!

Lake St. Clair is part of the Great Lakes System, and LOADED with Muskies…and serious GIANTS! I have spent countless days and thousands of hours picking this lake apart and have figured out a great casting bite on this lake during the summer, early fall and late fall periods. Every season my boat produces an insane amount of muskies and we also land a ton of fish over that magical 50 inch mark. 10-15 fish days happen every month…days with multiple fish over 50 inches is not uncommon. My best day casting is catching 26 muskies…my best big fish day was 4 over 50 inches in a single day. This truly is a trip of a lifetime and you should take advantage of how “HOT” this lake is right now! Consider this…when have you ever considered catching 3 muskies in a day a slow day?? You won’t be disappointed when the muskies are on the move. This lake can can ruin a person!!

CALL NOW TO BOOK YOUR TRIP

For more information or to make a reservation contact us at:

Your 5-Day Forecast at a Glance